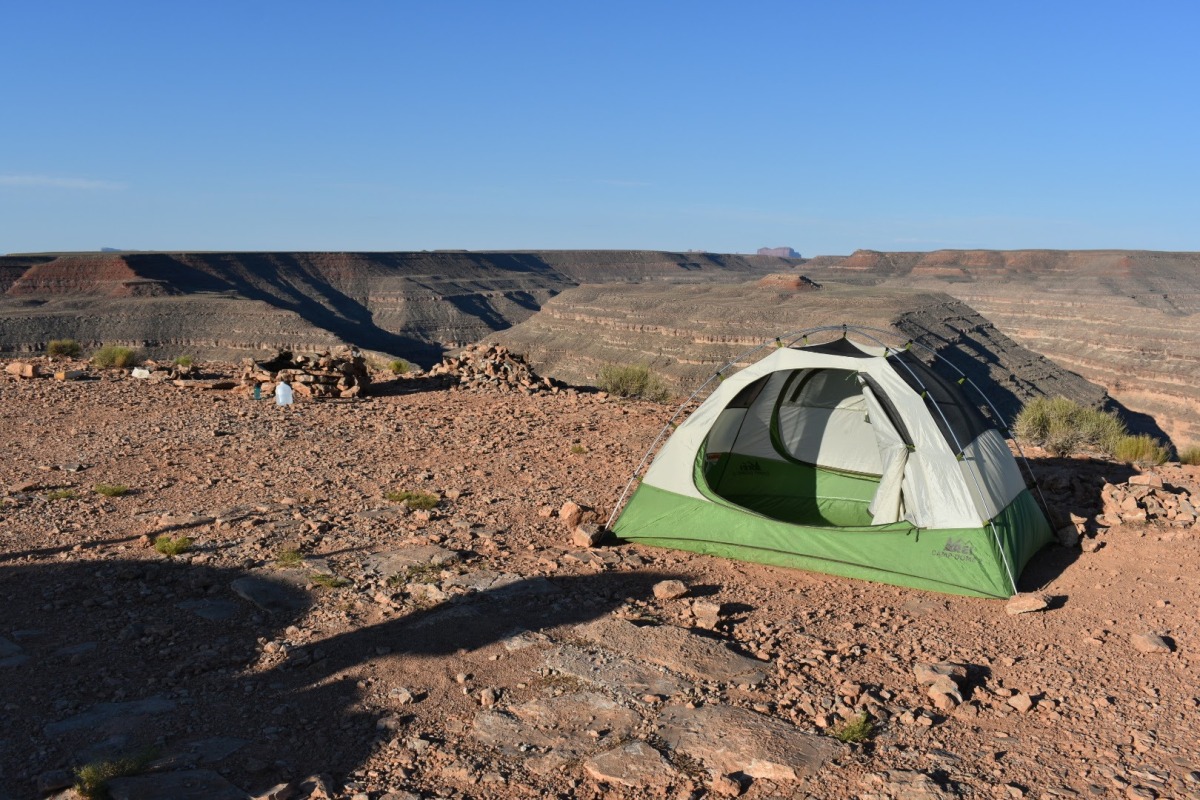 Southern Utah is a huge tract of wilderness that you could spend years exploring and still not see it all. With 5 National Parks, 43 State Parks, and over 70% of Utah being federally protected land, it has the third most publicly owned land of any US state (after Alaska and Nevada). Last time I traveled to Utah, I was traveling North on US 163 through the iconic Monument Valley and the town/rock of Mexican Hat. Not wanting to pay $20 to camp at the nearly full Monument Valley campsites with a million other tourists, I discovered Goosenecks State Park. Leaving from Monument Valley it is a short 30 minute drive North on US 163 and then a left on Utah 261 just after Mexican Hat, then one last turn on the dirt Utah 316 which dead ends at the small state park. Despite being small, Goosenecks has views that stretch as far as the eye can see. To the South is the winding canyon formed by the San Juan river, in the distance behind the canyon you see the monoliths of Monument Valley.

Our tent next to the Gooseneck Canyon.

Our campsite at night after dinner.

To the North is empty desert and wide open skies that the stars fill perfectly at night. East and West of you, the canyon continues to slither through the desert floor. To camp here it is only $10 (that includes the entrance fee). There are 8 first come-first serve campsites along the rim of the canyon, in early August we were the only campers there. The “road” through the park is very rock and not maintained at all so you will want to be careful driving on it (With that said we were driving a Honda Accord and were fine). There is no water or firewood to collect but there is a bathroom (pretty far from the good campsites) so make sure you are prepared to camp here. Goosenecks State Park is one of my favorite places I have ever camped and would recommend it to anyone looking to stray away from the crowds at Monument Valley and experience more of the beauty that Southern Utah has to offer.