The Precipice Trail in Acadia National Park in Maine is really more of a non-technical climb than a hike.   I was emboldened to hike this trail with Josh since I had managed to survive Angel’s Landing in Utah earlier this year.   If you haven’t read my and Josh’s version of events on that hike, then I encourage you to go back and read them.    Precipice is a one-way trail only .9 miles long.   You return via one of several other trail options.

We had camped in the Blackwoods Campground near the trailhead for the Precipice Trail.   The trailhead is off of the Park Loop Road.   We were up at daylight and quickly drove over and parked on the side of the road and began the ascent.   After entering the woods, we hit a first “test” of a few iron rungs and a climb up onto a big rock.   It wasn’t a big deal, but you could imagine how it could be scary it when you are much higher up.   We then quickly entered a rock scramble where we had to go over, under, and between giant boulders.   This was fun, but not a traditional trail.   We followed the blazes painted on the rocks. 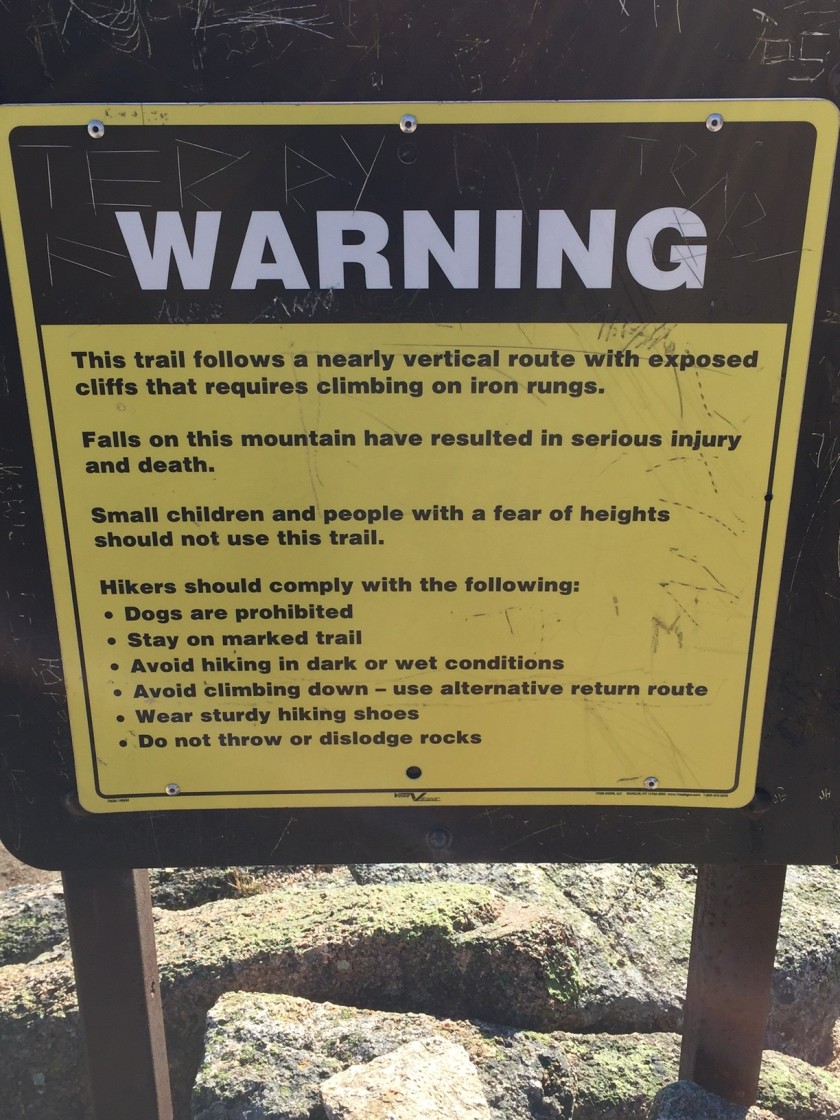 As we negotiated some minor iron rungs and cliff faces, I remarked to Josh that this trail wasn’t nearly as scary as I feared.   Unfortunately, I had just spoken too soon as we hit a rock face with a vertical ascent.   Josh quickly climbed to the top and encouraged me to follow.   I slowly went up the rungs and counted them as I went as a distraction.   26 iron rungs straight up.   I took a deep breath and pulled myself up onto the ledge.  That took a massive effort.   Now I had a two foot wide ledge with a rock face on one side and a plummet on the other.   As I navigated this, I came to an obstruction.   There was a large rounded rock with the trail wrapped around it.   The ledge was about six inches wide.   There were grooved places in the round rock to place your hands as you go around it.   I sat there for awhile flummoxed.   This is a one-way trail so you can’t go back and I couldn’t go forward without risking certain death.   Finally, I just plunged ahead and wiggled around the rock and continued on. 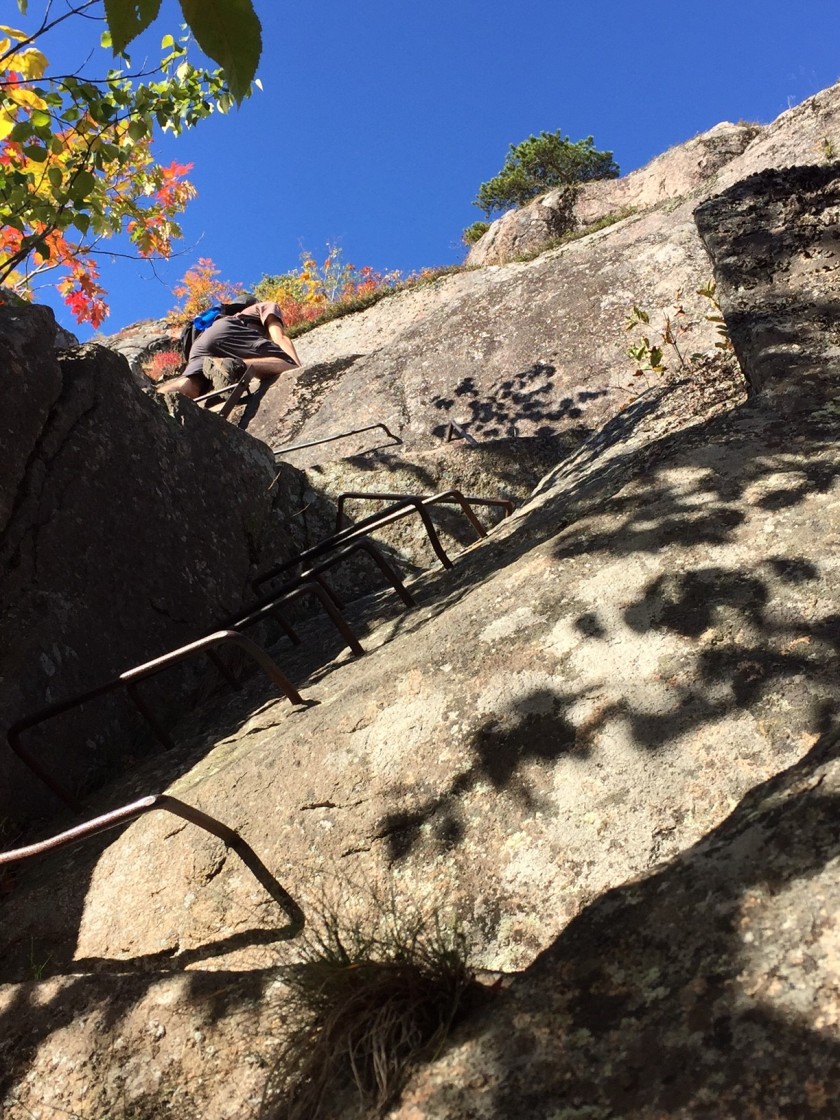 After that tight spot, the rest of the ladders didn’t seem so bad and we quickly ascended the summit of Champlain Mountain.   The view was awe inspiring.   You can see the Atlantic and various islands off of the coast.   After a snack and several minutes soaking in the view.   We took the Champlain North Ridge Trail back down. 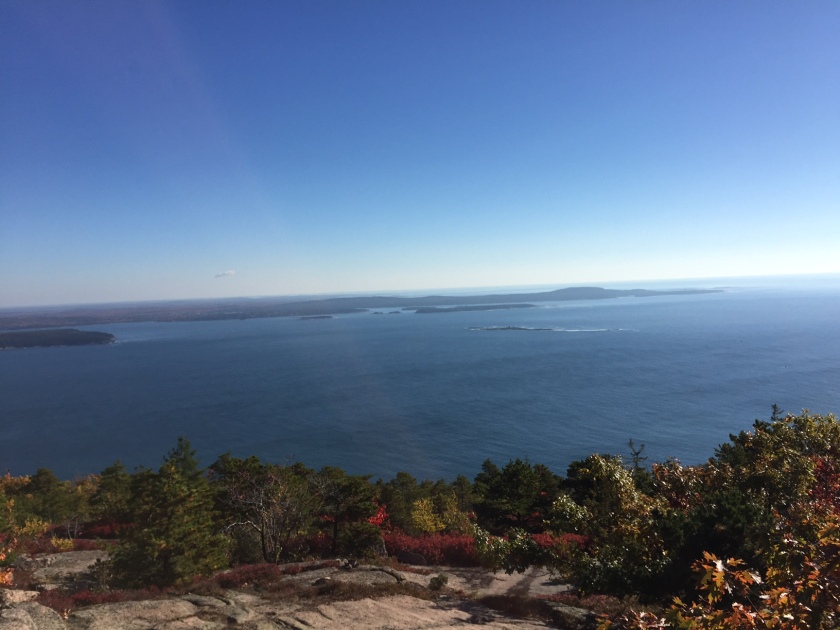 The bang for your buck on this trail is huge.    It’s a quick hike with gorgeous views.   If you are at Acadia National Park, I recommend this hike.