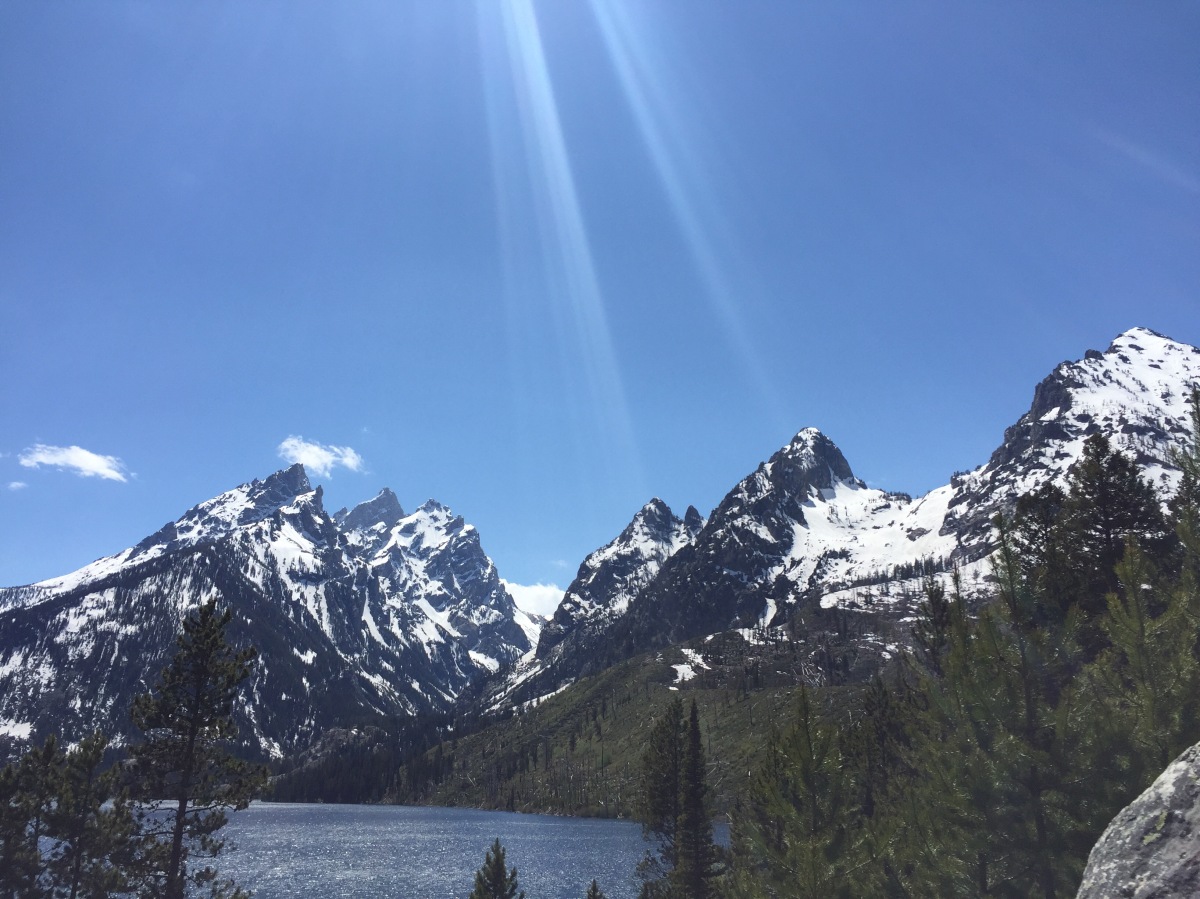 The Teton mountain range stretches for 40 miles and shoots thousands of feet straight up from the ground. It is one of the most impressive mountain ranges I have ever seen with the Grand Teton (the tallest mountain in the range) reaching 13,776 feet above sea level. We began our first hike in Grand Teton National Park at the south end of Jenny Lake. The Jenny Lake trail makes a loop around the lake with a side trail going into Cascade Canyon. We planned to go left (the shorter way) and up into the canyon to Inspiration Point. Unfortunately the section of the trail we had planned to hike was closed due to construction (and snow) so we had to take the long way around doubling the length of our hike. So we set off to reach Inspiration Point. The trail around Lake is fairly flat and follows alongside a scenic drive for most of the trail. 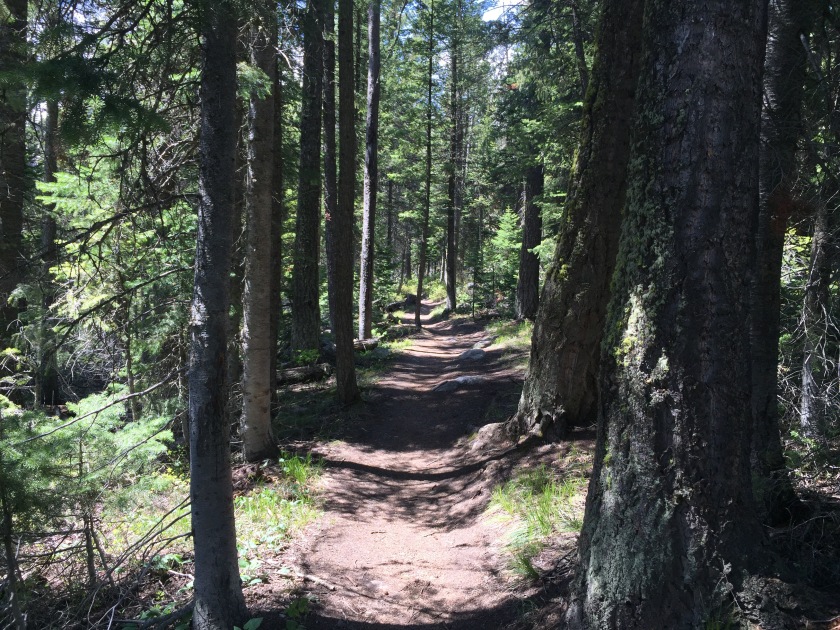 It was an easy hike despite downed trees and large piles of snow still surviving into summertime. The views from the trail are beautiful with the trees making a natural framing for the mountains in some places and Jenny Lake sparkling blue in the sun. 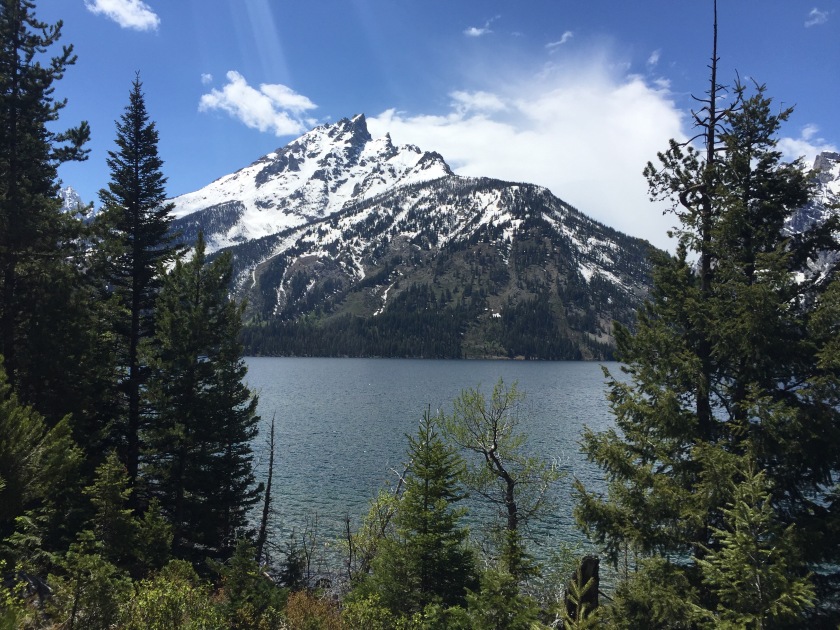 After about 2 miles the trail leaves the lake behind to follow a beautiful creek up towards the north Jenny Lake parking lot. 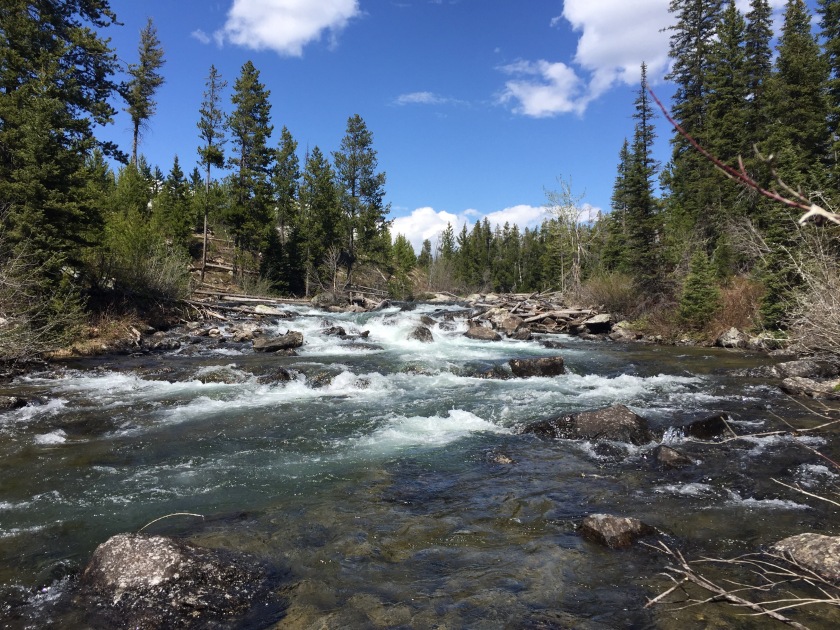 Once we reached the parking lot there was a cool bridge that crossed the creek and the trail headed back towards the lake and into he mountains. There were a lot of new growth woods in this section of the hike giving us unobstructed views of the Tetons. Right where the creek flowed into the lake we spotted our first ever Marmots running around in the brush. We stopped to take pictures and they seemed unbothered by us completely. One Marmot a little further down the trail even seemed like he was posing on a rock for us. 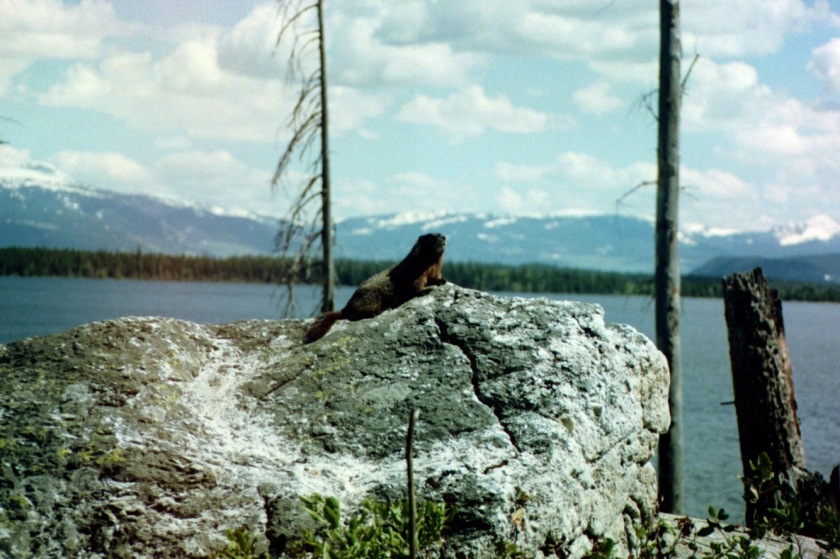 Along the way we saw loads more Marmots before trail started upwards a little more and into thicker woods. We soon reached the spur of the trail that lead up to Inspiration Point where half of us decided to turn back and half continued on up into the canyon (Me, Dad, Whit, and two year old Hasten on my back). The trailed gained elevation fairly quickly from this point and soon the entire trail was covered in snow. It was amazing how much snow was there in early summer and it even got so bad I considered putting my microspikes on so I didn’t slip down the mountain (the only reason I didn’t put them on is because I foolishly left them in the car). Somewhere along the way the trail became lost under all the snow and with the help of a few footprints and some fellow hikers we made our way over some fallen trees and into a large snowy opening with a beautiful view of the lake and the Grand Teton looming above our heads. 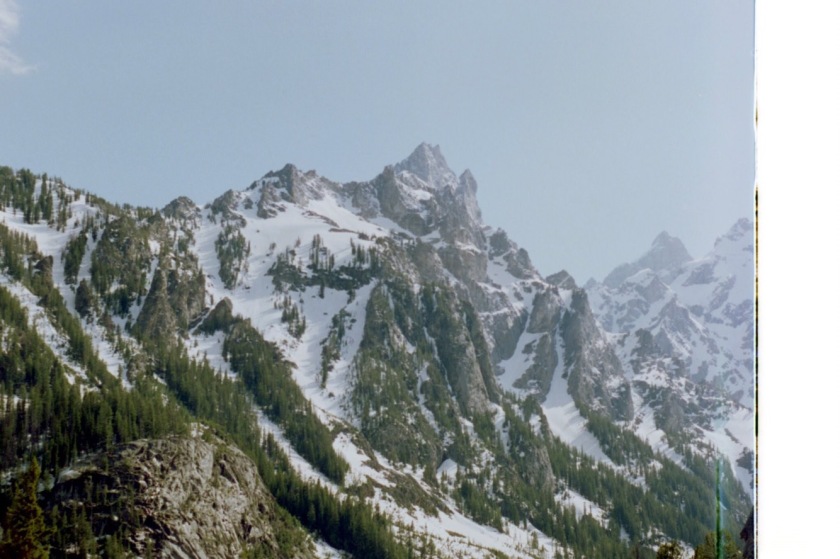 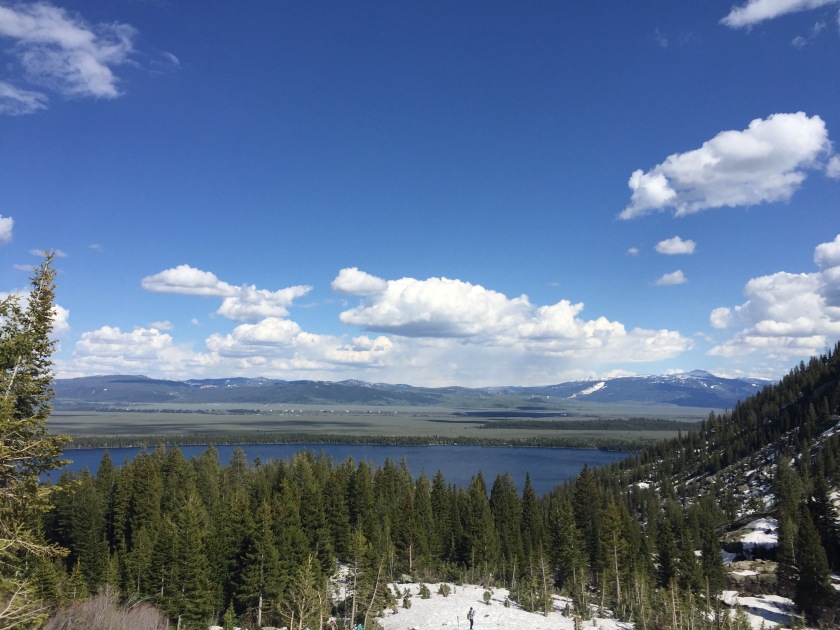 It felt as if we had climbed way higher than we actually did but we excitedly decided this was where we wanted to be (partly because we couldn’t find the trail in the snow and partly because it felt like the perfect spot). We let Hasten play in the snow and throw snowballs while we took pictures and made coffee on a nice large rock. There was a very cool waterfall up on the cliffs above us that I wish we could have gotten closer to but without any snow gear at all it was hard to make it up the steep slope. We made our coffee and headed back towards the parking lot where the rest of our family waited for us. We slid down the snow most of the way back which was so much fun. Once we reached the loop trail where there was no more snow we went as fast as we could to get back while on the lookout for a moose that somehow evaded us despite everyone else on the trail telling us they saw it. We reached the parking lot as it began to rain and excitedly told the rest of the family about our adventure before all hopping in the car to eat dinner. This hike is one of my favorite hikes I’ve done and I can’t say I’ve ever had coffee in a more perfect setting. There is nothing like being up on a mountain enjoying nature and coffee. 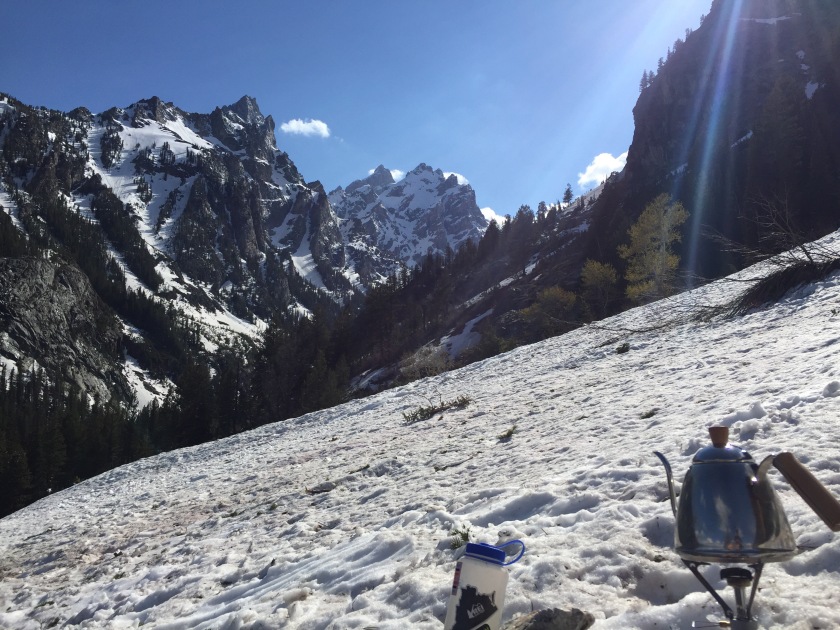 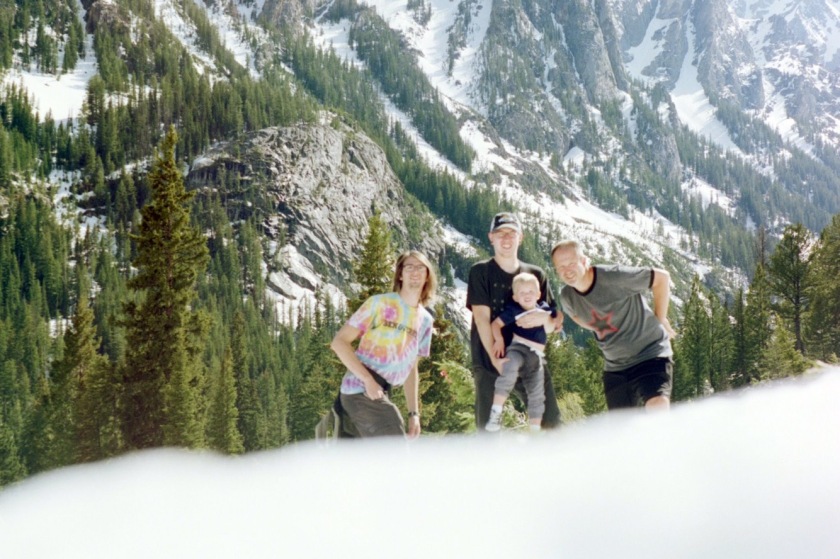